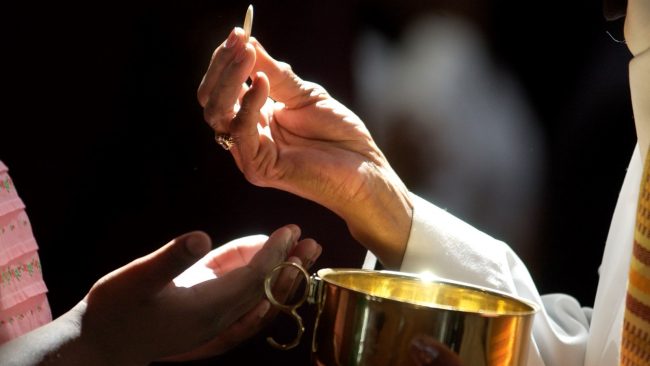 This is my body.

This is my blood.

It’s really quite simple. Body. Blood. Not a symbol. Not a representation. Not a quaint memorial. It’s real, corporeal, and physical. It’s what Jesus says it is.

For the readers of the Jagged Word, I can hear your collective “sigh”. Nothing new here. What’s the big deal? A lot actually. Maybe more than we realize.

Although I’m pretty sure most of the Jagged Mafia are members of church bodies that believe in the true, physical presence of Christ in the Sacrament of the Altar, this belief is not shared by many Christians. You know this. We all know it. Sadly, there are countless Christian denominations that do not believe these words of Jesus. They ignore them, distort them, and/or reject them. And in so doing, they reject Christ Himself.

To deny that the bread and wine become the very body and blood of Christ is to deny Him who gave this sacrament to the Church. To reject the belief that at the altar we come into the physical presence of our Savior – that when we feast on the consecrated elements, we are feasting on Him who died and rose for us – is to reject the faith we claim to have in the One who instituted this meal. 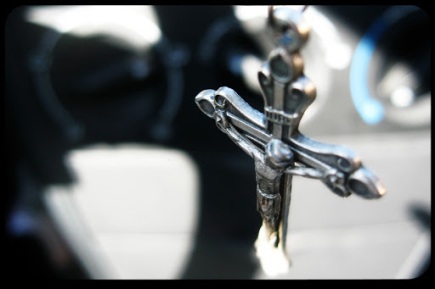 Again, you know this. We all know it.

But so often many are quick to ignore this heresy. (And it is a heresy. A most heinous one at that.) In our noble efforts to be ecumenical, to find common areas of agreement with our Christian neighbors, we set this particular difference aside as though it is an insignificant disagreement between Christian communions.

This however is not the case. It should never be lumped into a generic pile of friendly differences among believers. It’s far more important. It’s of primary importance. For it defines what it means to be a Christian. So much is at stake in this doctrine. While it may not be the doctrine on which our faith rests, it’s close. Maybe more than we realize.

So as our Lenten sacrifice continues, take some time today to consider the importance of this teaching as you consider how our Lord offers us His grace, how He forgives. His grace is real and substantive, not symbolic and spiritual. His grace became flesh. His grace was shed. It’s a grace found in the Eucharist, in His Body and Blood. A grace offered for us at His altar. A physical grace that literally is Jesus.