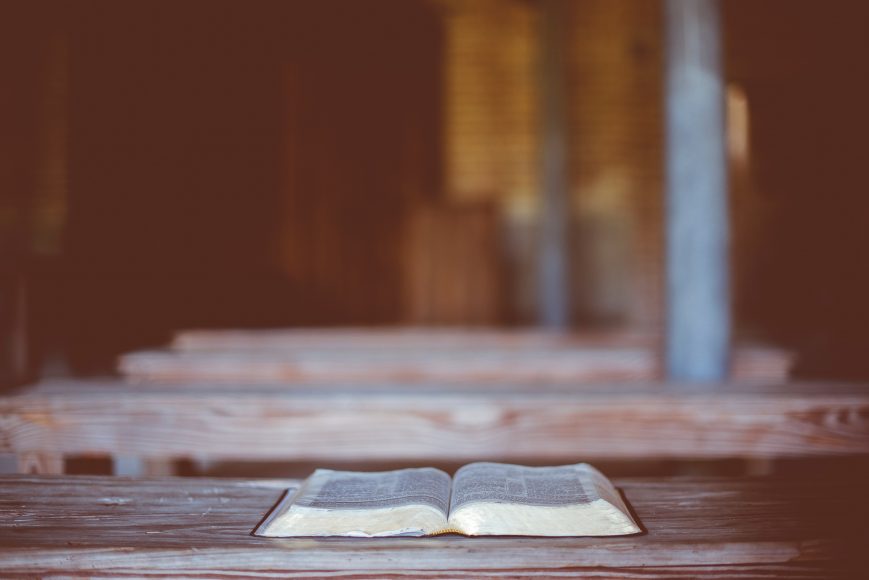 I once had a phone interview with a congregation that revealed to me the length to which some people will go to avoid Scripture in the pursuit of being “relevant” to those around them (because, of course, the Word of God isn’t “relevant”—unbelievers around you are supposed to think you’re cool, then you’ll be ‘relevant’).

The host introduced everyone who was present—I was on speakerphone—and mentioned Mary (not her real name) as one of the elders. Okaaayyy….

As the interview went on, I pointed out that Scripture declares only men hold the pastoral office, and therefore only men may perform its functions. What ended up happening with this brief—and probably more brief than the congregation thought—interview was me giving a micro-Bible study on 1 Timothy 2:11-3:2; 3:12; Genesis 2:18 and Genesis 3:16.

During the interview, the phrase “but Synod says” was invoked multiple times, referring to Synodical declaration that women could be congregation presidents and elders—damn that “authority over men” (1 Timothy 2:12) thing.

I said, “I’ll just give you a Luther quote (paraphrased, of course): Synods and councils err, but the Word of God always stands as true.” The interview ended shortly thereafter.

I guess that’s what we call “walking together.”

Another phone interview also ended because of what the Scripture says about women speaking in church. Everything else about what I believed and confessed was fine according to them, but the twenty-first-century declaration of enlightenment came forth: “We’re uncomfortable with your view about women reading in church.”

Since there seems to be a dearth of knowledge regarding the God-given role of women speaking in the church, let’s examine a portion of the Lord’s Word as it relates to that: …it is shameful for a woman to speak in church (1 Corinthians 14:35b, ESV). In the Greek it’s even clearer: Women in your assemblies let them keep silent, for it is not allowed for them to speak.

Oooooh. Apparently, I’m not a modern, caring, sensitive male, for I dare to quote God.

Here’s yet another experience for you. As a circuit visitor, I was assisting a congregation through the call process. One of the candidates stated his support for women reading during the public service. I suggested that he not be a candidate for pastor because of his unscriptural understanding of women speaking in the assembly (Divine Service).

A member of the call committee came to me outside the meeting room and said he was Lutheran through and through, and he believed the Confessions and all of that, and didn’t have a problem with what I said; but what were they supposed to do, since they were trying to reach out?

I replied that the first thing always is to listen to what God says.

In the end, it didn’t matter. Apparently that was just a ‘little’ thing they could sweep away.

To use the motto of the Jagged Word, “What the hell is going on?”

A little catechesis on Genesis 3:16 is in order here. The context is God pronouncing curses after the fall into sin, when He tells Eve, “Your desire shall be for your husband, and he shall rule over you” (ESV).

The curse proclaims the future, revealing the worldly battle between man and woman. No longer is the headship of man instituted by God a given; it will be fought against by woman. A simple translation is that the woman will desire to rule over her husband.

Gee, Eve, thanks for the feminazis.

The feminist movement (as opposed to feminine, which is Godly) has corrupted God’s order and made its way into the Church. If you don’t think women should read during a Divine Service, well, you just hate women.

That’s a hard one to defend, though. God loves women—He created them. Does He hate women because He says they shouldn’t speak in church, or does He order men to protect women and treat them as treasures because women are His prized children (Ephesians 5:25-28)? Jesus loved His mother and ensured her care after His death. He had women travel with Him who saw to His well-being. Women were and are His disciples.

God adores women, as do all Godly men.

Don’t kill the messenger because you hate the message from God. Your “Church work” reading during the public service is not what you think it is.

Why do so many Christians think they can just ignore the Word of God, substituting for it whatever they desire? Why do women think that they can ignore what God says and do what they want? Why do pastors let them? Women acting with the authority of men and “men” letting them? The Church belongs to God; it is not a creation of man and therefore subject to the whim of man.

More to the point, why do church people think they can give God the finger and then expect—as they draw down that finger—that He will not care?

It’s true that all sin is giving God the finger, and we rest in the comforting words of Jesus that “…all sins will be forgiven the children of man, and whatever blasphemies they utter…” (Mark 3:28).

However, repentance and forgiveness go hand in hand. That’s what makes Lutheran theology so wonderful. As Luther describes our lives being baptized into Christ: “…the old Adam in us should, by daily contrition and repentance, be drowned and die with all sins and evil lusts. And also it shows that a new man should daily come forth and arise, who shall live before God in righteousness and purity forever.”

Does that, then, mean we can sin with abandon? Of course not! St. Paul describes grace in Romans 6 in the manner Luther later used: Are we to continue in sin that grace may abound? By no means! How can we who died to sin still live in it?

That’s the point. We can’t just ignore the Word of God and expect God to say, “Well, they are just rotten sinners; I guess I’ll let this one slide,” and smile at our dopiness.

No, as people of God, we hold to His Word as He has revealed it to us—even if, we wrongfully think, it gets in the way of “Church work.”

That very idea, of course, is asinine. God’s Word never gets in the way of God’s work! Hello…is anyone listening?

What many Christians see in the Word of God as an annoyance in their pursuit of “Church work” is really faithlessness toward God and His Word. Super-duper-smart-and-enlightened-and-usually-half-girly men don’t have a better way than God, who declares men only in the pulpit and at the lectern.

Do you really think that God, in His designation of only men as ministers of the Gospel and all that means, isn’t doing everything He desires to build His Church? It’s pretty arrogant to declare that God ought to do things your way so that He would be doing it right.

Lady readers, reject the curse of Eve; stop the “serving” that pleases only you and usurps the role of God’s called and ordained servant.

Pastors, don’t give in to the temptation to embrace so-called fairness and reject righteousness. Your call is not to share your duties so that others think you’re “enlightened.” Be men, for God’s sake; stop indulging the spinelessness that pleases only the devil and the world. Listen to the Lord. Hear what He says, not what you or those around you want Him to say.

Always remember that we gather around God’s Word in its truth and purity. It is through His Word and sacraments that He works to give forgiveness and everlasting life. His called and ordained servant of His Word proclaims the important message of the Gospel, the reason we gather in the first place—Jesus crucified and risen for us.

Rejoice in that simple yet glorious truth, for even as we struggle with the old Adam, the second Adam has come and redeemed us.

The Lord has chosen through whom He preaches, reads, and administers His sacraments. Let it be so.

Let us, by the power of the Holy Spirit, glorify the one true God in all that we say and do—and don’t do.