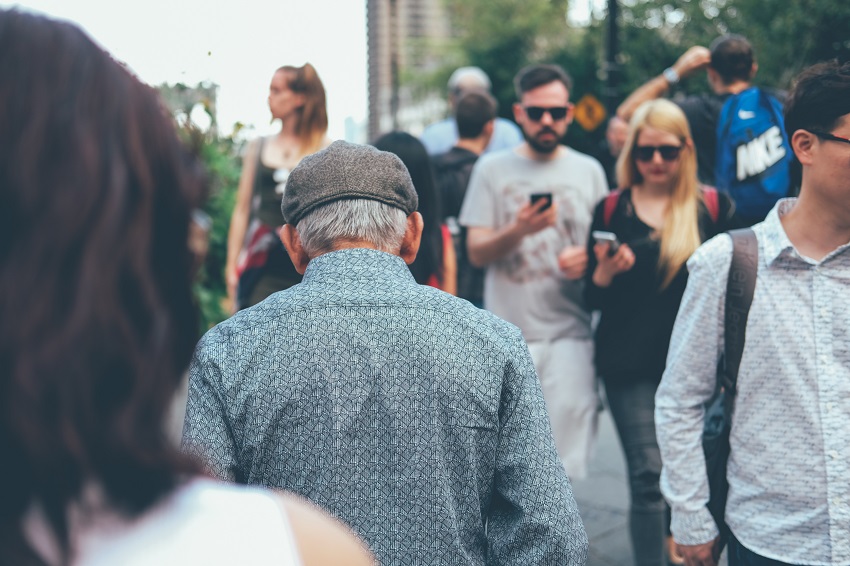 We have all known those people who seem to take joy in tearing down what we’ve built up. Perhaps it is the kid at the beach that just can’t help kicking over the sandcastle that you just finished building. Or it is the big sister who knocks over your stack of blocks. When we grow older, these people are still around. They call themselves realists or even pessimists. You speak of something you have accomplished or some great adventure you want to do and all they want to do is tear it down. They attack your planning or your foresight or the practicality of it all. We don’t like to be around those people. We don’t like to spend our days with those who won’t let us dream a little, those who seem intent to kill what we love. Perhaps, this is why prayer and worship are so difficult. Maybe this is why it is uncomfortable to faithfully proclaim the Word of God. Because if we are honest, no one seems more persistent to tear down the things you love than your Lord Jesus Christ.

In Mark’s Gospel, our Lord does not come across as gentle Jesus meek and mild. Rather he acts like the kid who likes to kick over sand castles. In chapter 11, Jesus enters Jerusalem and shuts down the temple. He silences the whole affair as he drives out those who sold animals there and overturned the money changers’ tables. Standing, then, in a silent temple he takes on the leadership of the people; the chief priests, the scribes, and the elders. In chapter 12 he turns his attention to the Pharisees and the Sadducees. One by one he calls them out. He even shows that the official interpreters of the Scriptures, the scribes, are wrong in their interpretations. One after another he destroys what they have come to know and love, what they trust in, the rituals and the show of it all. And so, in our text today, Jesus focuses us on how they dress and even how they pray. I mean, no one criticizes how someone prays, they just let them do their thing. But not Jesus.

See, with our Lord nothing is safe. Nothing can come into contact with him, with what he is about and what he is seeking to accomplish, and come away unscathed. There is a certain terror that accompanies our Lord. Not the terror of retribution or fear from the wrath of God. No, the terror that comes with Christ is that everything is changed by him. In fact, the things you love most will be the target of his impact. And to make matters worse, he is quite unpredictable in how he attacks those things. For his favorite method of attack seems to come under the form of opposites. In fact, St. Paul put it this way, “God chose what is foolish in the world to shame the wise; God chose what is weak in the world to shame the strong; God chose what is low and despised in the world, even things that are not, to bring to nothing things that are, so that no human being might boast in the presence of God.” (1 Cor. 1:27-29)

Your Lord begins by attacking the popularity of the scribes. “Beware of the scribes,” he says, “who like to walk around in long robes and like greetings in the marketplaces.” (Mark 12:38) These are the celebrities, the important looking people. They are the ones that everyone would naturally look to for guidance and comfort and help in their time of need. In our day, perhaps, these would be the spiritual leaders of our age, or even the political leaders. They are the ones that you would look to for assurance and hope. They are the winners, the movers and shakers, the successful ones with a track record that promises blessings for you. They are the ones sitting in the places of honor. They are important. Don’t you want to be where they are and do what they do? But Jesus says, “Not so fast, don’t let their outward fame fool you. They are not what they seem.”

But Jesus doesn’t just attack what looks good to us. He doesn’t just go after what puts on a nice appearance of fame and glory in this age. No, he then attacks actions of righteousness. As we said earlier, he takes on their prayers. They actually do what the righteous are supposed to do. They call upon the Lord in prayer. In fact, they pray with such enthusiasm and dedication that they go on and on. He is saying that if you think your righteous actions are beyond his attack, you will be proven wrong. Just because you pray diligently, you still have nothing to boast in. For it is all a pretense. Your acts of righteousness, no matter how grand, no matter how honest and diligently carried out are not beyond his critique. He will still kick over your sand castle and destroy what you’ve come to love and trust in. What looks good, what sounds good, what the world expects to be the location of the holy is not. It all comes crashing down before your Lord. You come crashing down before him.

Then, we read about our Lord taking a seat opposite the treasury. This would be like he’s walking by each pew here and watching what you’re putting into the offering plate as it goes by. Now, we know he doesn’t have the time or patience for the good looking and famous. He doesn’t care much for the long-winded prayers, so you can imagine how he is going to respond to those who are giving their offering to the Lord. The rich people are putting in large sums of money, which of course is good and honorable, perhaps even an example for the rest. But then he sees a poor widow. She puts in two small copper coins that together make a penny. Jesus informs us that she has given more than the others. For they gave out of their abundance, but she gave everything she had to live on. In fact, you could say that she gave her life.

Now, there is something we need to note about this before you all rewrite the checks you are prepared to give this morning. For I’m pretty sure that whatever you gave, it wasn’t your whole life. The thing is, our Lord doesn’t call attention to this widow as an example to be followed. That is, he doesn’t turn to his disciples and tell them that they need to try and be more like the widow than the rest of those giving money to the care of God’s house. In fact, your Lord seems to be focusing on her because she is an image of what discipleship is, what it means. Not as something to aspire towards but something that simply is. In other words, Jesus doesn’t let you have anything to hold on to above him. He doesn’t care about your fancy clothes or your high and holy worship forms, or your long prayers, or where you sit in church. He isn’t playing a game of fractions with you, demanding certain percentages of your life. No, he leaves nothing untouched. He kicks over all the sandcastles of your life, for he alone is your life. He is your hope. He is your joy. He alone is your assurance.

This is good news my friends, and it is terrifying.