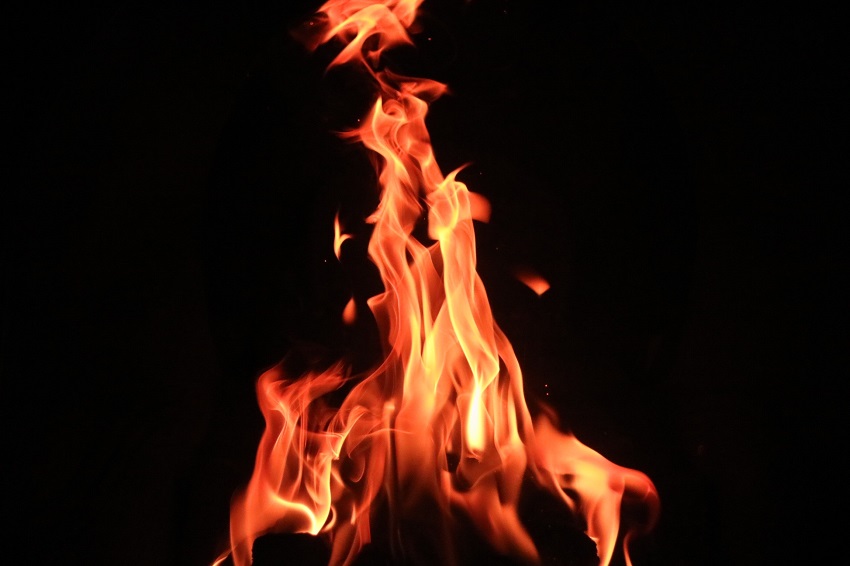 Of all the questions one can ask, and there are a lot of important questions that you can and do ask, the most Lutheran of them must be the question, “What does this mean?” If you grew up in a Lutheran church, no doubt you studied Luther’s Small Catechism, went to confirmation class, and probably memorized the Ten Commandments, the Apostle’s Creed, and the Lord’s Prayer. And in that study, you became acquainted with the question/answer flow of that text. What is the first commandment? Answer: You shall have no other gods before me. And then the crucial follow-up question, what does this mean? Answer: You should fear, love and trust in God above all things. And so, the pattern goes through the other 9 commandments. What does this mean? That is the crucial thing. We know the words; we know what it says, but what does it mean? In many ways, our denomination has been built upon this question.

Now I think this is a faithful question—not just that it is good or right thing to ask, but it is the question of the faithful, of those who believe, those who have faith. To believe that there is an Almighty God who created the heavens and the earth, to believe that this God continues to work this world, to believe that this God’s great works culminated in the suffering, death and resurrection of Jesus Christ is to be faced with that same question, what does this mean? Because we are responding to a God at work, we are always seeking to understand the meaning of his work.

The feast of Pentecost has many names in the Bible. It is called the Feast of Weeks, the Feast of Harvest, and the Latter Firstfruits. It is celebrated on the fiftieth day after Passover, which is where the name Pentecost comes from. And while it was definitely a time to give thanks to God for a successful harvest, Pentecost also marked the day that God gave Moses the Ten Commandments. Fifty days after the Lord’s Passover, the children of Israel arrived at Mt. Sinai. God met Moses on the mountain. In the book of Exodus, we read that “Mount Sinai was wrapped in smoke because the Lord had descended on it in fire” (Ex. 19:18). And in the giving of his Word on that day, God created something. He created a people of his own possession, a people bound by his Word, a people marked by his guidance. You shall have no other gods.

And so the people of God continue throughout history to observe this festival. In fact, they made great pilgrimages to Jerusalem to do just that. So, on that first Pentecost after our Lord died, rose, and ascended to the right hand of the Father, the disciples are in Jerusalem. There are there to observe this feast, to remember not only God’s blessings of a good harvest but his creation of them as his people through the giving of his Word on Sinai. They are all together in one place when something shocking happens. A sound like a mighty rushing wind fills the house. This is not normal, to say the least. And this is not some gentle breeze, but a sound of something otherworldly. Perhaps it might be similar to the sounds booming from the top of Mt. Sinai as Moses climbed up into the cloud and storm of God’s presence. In fact, as we remember that history, we recall that God had descended in fire at that place so here “divided tongues as of fire appeared to them and rested on each one of them. And they were all filled with the Holy Spirit and began to speak in other tongues as the Spirit gave them utterance” (Acts 2:3-4).

And what happens next is legendary. In the city were pilgrims from all over. People from different nations and languages are all gathered there and as the disciples began to speak to the crowds. They heard the message in their own languages, a whole host of various languages. Parthians and Medes and Elamites and residents of Mesopotamia, Judea, and Cappadocia, and on the list goes. And what did they hear? What were they speaking about? It says that they were telling them the mighty works of God. And so they began to ask that faithful question, a question asked in response to the working of God. What does this mean? What does it mean that on Pentecost, the day marking the giving of the commandments, God’s mighty deeds are being heard by all people in their own language? What does this mean for those faithful Israelites? What does this mean for you?

Now, to be sure, some begin to mock what is happening. They are not all thrilled about it. They begin to wonder if perhaps Peter and his pals have been hitting the new wine early in the morning. And let’s be honest. If you don’t know all those languages, it might sound like a bunch of drunks just speaking nonsense. But Peter stands up to set the record straight. And he says that what is happening is what the prophet Joel spoke about. “‘And in the last days it shall be, God declares, that I will pour out my Spirit on all flesh, and your sons and your daughters shall prophesy, and your young men shall see visions, and your old men shall dream dreams; even on my male servants and female servants in those days I will pour out my Spirit, and they shall prophesy.” He is telling them, he is telling you, that this is the pouring out of the Spirit of God. This is a mark of the last days, the beginning of the end. The question, “What does this mean?” is good and faithful because this is an encounter of our God doing is great work.

What is happening is not something new. It is a continuation of what he has done before and what he will bring to conclusion on the last day. Those gathered in Jerusalem are part of this unfolding story of God’s continued work. A story that delivered his people from slavery in Egypt. A story that brought them to the foot of Mt. Sinai where God arrived in fire to make a people through his Word. A story of a Word that becomes flesh and dwells among us, a Word that was washed in your sin, stood in your place, suffered and died for your transgressions and then rose from the dead. But the story continues. After he ascends to the right hand of the Father once again there is fire and the working of God as his Word makes a people. Not cut off by nationality or language, our Lord’s disciples proclaim the mighty workings of God.

And the prophecy of Joel calls for you to see your place in this story. What unfolded on that Pentecost day is not the end. It points us forward to the great and magnificent day of our Lord’s return, when we will see with our own eyes that “everyone who calls upon the name of the Lord shall be saved” (Acts 2:21). So on this day we find that God continues to do his work. He continues to speak in all the tongues of men, breaking through the barriers of sin and shame and grief, so that world might know the promises of God in Jesus Christ.

Perhaps it isn’t the languages of the Parthians, Medes, Elamites, and residents of Mesopotamia that he is focusing on. Perhaps it is Spanish, French, Mandarin, or English. Or perhaps he speaks into other things, other barriers to hearing the Good News of the Jesus Christ. Maybe for you it is profound grief, the loss of a loved one or a broken relationship you grieve over. Perhaps it’s mental illness, depression or anxiety that consumes your thoughts and fuels your fears. It could be loneliness or simply feeling that you don’t belong. But the Spirit hasn’t left you out. He still speaks to you and calls to you. It may not be tongues of fire on the heads of the Apostles or cloud and smoke on the top of Sinai. In fact, it will most likely be a simple brother or sister in Christ, who promises you this day that you are forgiven and loved and that together we will rejoice in the culmination of this story.

And so, what does this mean?  It means that you shall be saved. All glory be to God.