I’m not sure if you have picked up on this, and perhaps it is just me, but I have a growing fear that the most annoying people in our society, the ones that just make everyone really uncomfortable are not the overly critical doubter and deniers of our world – but Christians. Now don’t get me wrong, I don’t think all Christian’s are annoying, I mean you’re not annoying – most of the time.  But there is a certain type of Christian that is extremely annoying (elsewhere I’ve called them Unikitty Christians).  I’m sure you know what I’m talking about, they are the ones that seem to be all bubbly and happy all the time, they speak about the faith as if you just hit the good fortune jackpot.  It will make you marriage better, your business better, you family better, life will be easier, its’ all sunshine and roses.

These are the type of Christians that we tend to see on TV, they play well to the masses they promise us that this life of faith is also a life of prosperity in some way or another.  But we don’t only see them on TV we meet them in real life as well, and they have their own language.  They speak a lot about being blessed, and letting go and letting God, and being on fire for God, and wishing that you would have a Jesus filled day and they assure us that prayer is the road to victory.  The problem with all this is life itself.  Life doesn’t always play along with such prosperity schemes.  Life has a way of beating us up and when we are beat up not only are we annoyed by such Christians but they can actually lead us to despair.

If this life of faith is to be a life of sunshine and rainbows then when life sucks we have a real problem.  If by faith we are to have better marriages and more fulfilling jobs then when things fall apart where do I turn?  Now, most of us lack the courage to blame God when things go wrong so that leaves us with only one place to seek the answer, to ourselves.  If our lives are marked by hardship and suffering then perhaps we are the problem.  Perhaps I didn’t really ask Jesus into my heart after all, perhaps I haven’t opened myself to the working of the Spirit, and maybe I need to try a little harder to let go and let God care for my life.  The next thing we know we are caught in a downward spiral within ourselves trying to overcome suffering to assure us of our faith.

It’s time to be honest about ourselves, time to be honest about this life of faith and what it means for our daily trials.  Think of John 15:26-16:4.  This text is like kryptonite to those annoying Christians.  This isn’t the text that you would use when you’re out trying to convince your neighbor to give church a try.  In this text our Lord paints a pretty bleak picture of this life of faith. He says, “Indeed, the hour is coming when whoever kills you will think he is offering service to God.”  Wait, what?  Not only will there be opposition to this life of faith, not only will there be suffering and tears but those who seek your destruction will believe that they are the ones doing the Lord’s work

Now this should come as no shock to any casual reader of Scripture. For elsewhere our Lord says, “If anyone would come after me, let him deny himself and take up his cross and follow me.”  And again he says, “If the world hates you, know that it has hated me before it hated you.”  And St. Paul said, “We rejoice in our sufferings, knowing that suffering produces endurance, and endurance produces character, and character produces hope, and hope does not put us to shame.”  In fact it was concerning St. Paul and his conversion that God declared, “I will show him how much he must suffer for the sake of my name.”

Suffering, bearing a cross, being hated, these are not aberrations that befall the saints of God but they are part of the life of faith.  Despite what those annoying Christians might say.

Here’s the thing though, here’s the honesty we need, though we suffer we are not left alone.  We who call upon the God of Abraham, Isaac and Jacob as our own dear Father are not left as abandoned orphans in this life of suffering and trial.  Our Lord Jesus Christ did not do his great work of bearing our sin, of dying that horrible death and rising again to life to just leave us with nothing but our whit’s and cleverness to endure through this age.  No, he says, “When the comforter comes, whom I will send to you from the Father, the Spirit of truth, who proceeds from the Father, he will bear witness about me.”  He sends him to you, he sends right into your life here and now his Spirit, the Helper, the Comforter or your souls comes to you. 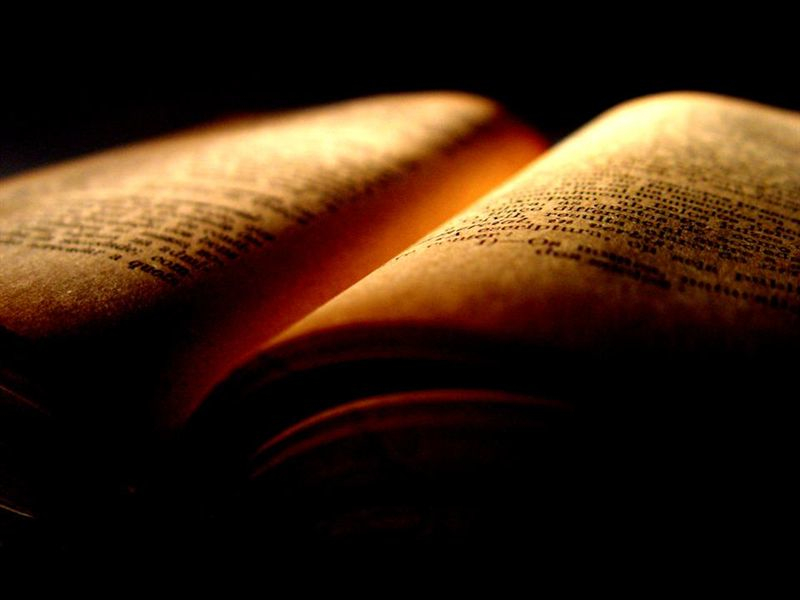 Now perhaps we are tempted to think that this Comforter is here to make us feel better, to put a smile on our faces and pretend like our trials aren’t trials.  Perhaps the Comforter is an emotional comforter, a pick me up when I’m feeling blue, someone to make sure that this life remains one of sunshine and rainbows and lollipops.  But again, that is not what our Lord says.  He says that this Spirit of truth will “bear witness about me.”  He bears witness; he testifies about the gifts of Christ, he directs us to the Way, the Truth and the Life himself.  This Comforter that our Lord sends to us is here to bear witness about Christ.

So our Lord gives to you everything.  He gives to you faith and hope and the very strength to hold firm to the promises of God.  He washes you in the waters of your Baptism, clothes you in the righteous garments of his Son, feeds you the very body and blood of Christ for the forgiveness of all your sins. He gives to you the promise of salvation, which rests not on what you have done, not on your accomplishments but solely on the merits and mercies of God.  And having received such gifts you head off to live your life, to be the child that God has declared you to be.  And like a trained fighter storming out of his corner the world is waiting, waiting to attack.  And he begins to pummel you, and it hurts. He beat you down and causes you to doubt the very Words that sent you out in the first place.

Are you really his children?  Are you truly the saints of God?  Haven’t our lives proven to be unworthy of such a distinction?  Don’t we suffer because of our sin and failures; don’t we need to just let go and let God?  And as we second guess and begin to turn in upon ourselves and focus on our own abilities the Comforter comes; the Spirit of Truth, the Helper sent by our Lord and he will not allow us to turn inward.  He bears witness, that is he directs us to a gift outside of ourselves, a testimony that is not found within but in the Word itself.  We are led again and again and again to the living Word of God.