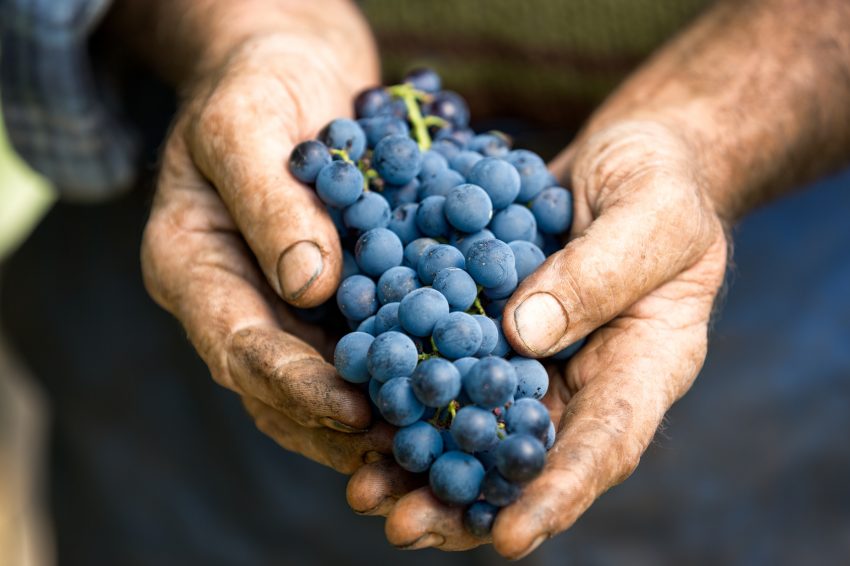 Can you hear it? I bet you can. In fact, I bet without trying all that hard, without paying much attention at all, you can hear the groaning of our creation. Our world groans because something is not right. Things are out of balance and so the rhythm and purpose of life is subjected to futility. The advances made in our technology have made it easier to hear the groaning of our world. Thanks to streaming documentaries and Twitter campaigns and Facebook alerts we can learn about shrinking polar ice caps and endangered sea turtles and infestations of bed bugs. We struggle through droughts and deal with floods and wonder about the power of tornadoes. We know that in the beginning God created the heavens and the earth. We believe that as He spoke it all into being, as He set in motion the sun, moon and stars, as He caused the rhythms of our seasons and cycles of life, He declared – it is good! But now, the world is frustrated by sin and corruption. It longs to be restored to the perfect glory it was created to be, and so it groans to be set free.

We groan along with our world. The tree huggers among us may groan with the destruction of creation itself, with the fight against pollution and the destructive habits of mankind. But we don’t have to be a conscientious environmentalist to lift up our own voices to join in the groaning. For there isn’t a single person today that hasn’t been impacted by disease and corruption of the human body. We don’t have to see the futility of our world to begin to groan, for we feel it in our own bodies. Our own flesh is subjected to futility. Our flesh breaks down. It gets old and weary. We lose our hearing and wear out our joints. We wear glasses and get dentures, and we often spend our senior days traveling from one doctor to another. Oh, we know what it is to groan.

But you might think that the children of God would be exempt from such groaning. You might be tempted to believe that our faith would deliver us from suffering and hardship in our lives. In fact, there are whole churches and whole theologies that circle the wagons around this very idea; if you believe enough, if you pray enough, if you give enough to the church, why then you will be healed! You will be delivered from your suffering. That would make it easier, wouldn’t it? After all, when we groan with creation the church ought to be a place where we can find deliverance from the groaning and answers to our prayers.

It would be nice if it was that simple. I’ve grown weary of talking with a brother or sister who has just received the diagnoses of cancer and are terrified about what comes next. Not that I don’t want to be there for them, or that I feel that it is unimportant. Not at all. Rather I grow weary of having no answer, no solution. All I can do is groan alongside them. It doesn’t have to be cancer. It can be some other debilitating disease, or a dysfunctional family problem, or bouts of depression and anxiety. It can be grief and loss of dear friends and family members. It can be financial stress or job security. It can be fear of loneliness and a lack of trust in the body of Christ. Quite often, it can be one right after the other, over and over again – and I can’t do anything about it. So, together with all of creation we groan. We cry out, “Why, O Lord? Where are you, O Lord? It’s not fair, O Lord!”

Now on the one hand, it makes sense that there is groaning in our world and that lives are marked by suffering and struggle. After all, this world in which we live is caught up in the great rebellion. A rebellion against its own Creator. A rebellion that began with a desire to be like God, and that desire has not weakened with time. With such a rebellion there will be punishment, and there will be consequences. Whether we were the ones leading the charge or just caught up in the struggle, it doesn’t really matter. At least it makes some sense as to why there is suffering. But then, you ask the question, “Why?” as a believer. You speak that word to your God trusting in Him as child trusts his father, and it becomes a little more difficult to understand. Are you not a child of God? Have you not been given the blessing of the only begotten Son of God for your eternal salvation? Of course you have. So why, then, do you suffer?

It doesn’t seem fair. After all, you are the one who is seeking to do good. You are the one that gathers around the blessings of your God, who worships Him in truth and purity. Why should you suffer? Now this is a tricky situation. For how we answer this will impact your hope and confidence in the promises of our Lord. We might say that the suffering isn’t really suffering, that it is some sort of hidden blessing, some sort of character building trial that is actually for your own good. We say things like, “God won’t give you more than you can handle, so buck up and get through this.” Or on the other hand we might critique an individual’s faith. Perhaps you are not trusting enough, believing enough, you suffer because of your own failure to keep the faith. You need to search your own heart then and root out that sin that is gumming up the works and keeping you in sorrow.

See, when you begin to answer the question of “Why?” you begin to say things that are simply not true. You either lie about the reality of suffering and hardship in our lives, or you lie about the sufficiency of your faith in Christ alone. And no matter which way you go there is no ultimate answer to the question. No resolution will ever actually be found: just an endless maze of sin and doubt and weakness and despair. I’ve seen it, and I’m sure you have too. I’ve seen the tired and weary soul that is barely hanging on. There is no more energy to clean out their lives, no more will power to deny their own hardships and suffering. Their fake facade is all cracked and worn and they are ready to give up all together.

Now St. Paul doesn’t go down that road. He doesn’t answer the question of our suffering by denying the reality of its pain or by selling short the confidence in our Lord. No, Paul knows the suffering is great. He knows that we groan with all of creation and he says, “I consider that the suffering of this present time are not worth comparing with the glory that is to be revealed to us.” (Rom. 8:18) He gives us a picture of weighted scales, where on one side is our present suffering and on the other the eternal glory that is yours in Christ. And he says they don’t even compare, they don’t even line up. The glory to come will make these days seem but a distant memory.

Your suffering is real and your faith has not removed you from it, rather it has changed you right in the midst of it. Right now, at this very moment. Paul says that you have been given the firstfruits of the Spirit. Now usually, when we hear the term “firstfruits” we think of something we give, like a tithe or an offering. But here, this gift of the Spirit isn’t your gift to give but what you receive. Into your life of groaning you’ve been given the firstfruits of the Spirit, and so you are not abandoned in your suffering and trials. You are not alone. The Spirit himself dwells within you. The same Spirit that hovered over the surface of the formless world as it was spoken into being, the same Spirit that descended upon Jesus when he was baptized in the Jordan is the same Spirit that was washed over you in the waters of your baptism.

The gift of the Spirit is the gift of hope. It isn’t to deny the suffering or to doubt the faithfulness of God’s children but to receive the promise that you will endure, you will not be forgotten or abandoned in this age. Paul declares to you that the Spirit will help you in your weakness. He says, “For we do not know what to pray for as we ought, but the Spirit himself intercedes for us with groanings too deep for words.” (Rom. 8:26)

So yes, we groan. We groan with a creation that longs for restoration, for life and perfection once again. But we don’t groan outside of our God, outside of His Word and sacraments, outside of His promises and hope. No, the Spirit of God himself takes up your groaning when your own words fail you. So, in all things, from your suffering and trials to your triumphs and joys, from the darkest days of this age to the moment you walk into the eternal glory of the new heavens and the new earth, in and through it all you are carried by the Spirit of God. You are loved and forgiven, and you will endure to the great feast to come.