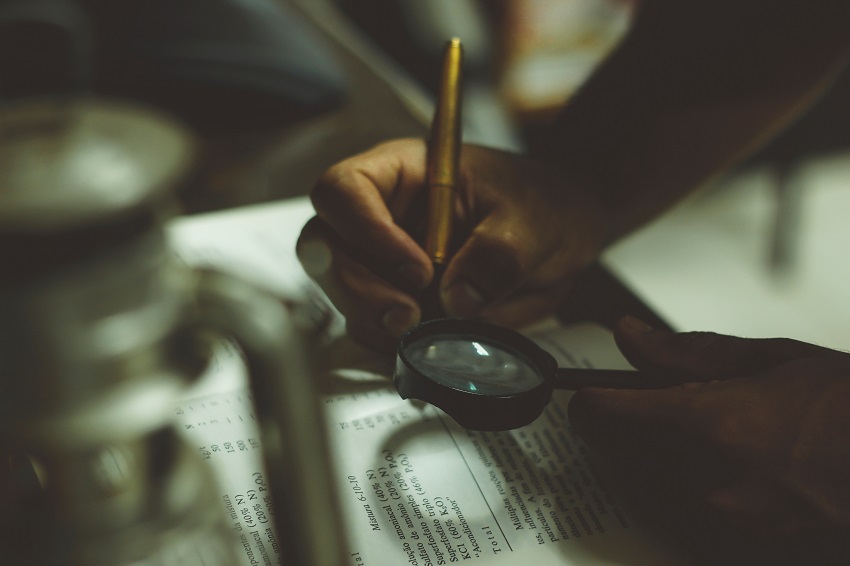 They shouldn’t scare me, but I find myself hiding from them. Smugly sauntering into any situation, armed with a knowing glare. They hold up their heads high, bold and unashamed. Stepping over the weak and lowly, they collect respect and fear from the quiet stares that follow their path. They flash their weapons, not made of iron or steel, but daggers made of Words. Powerful words once on the lips of the Almighty, forged into bullets and knives. Stinging words of Truth carefully selected to wound and murder.

The Proof Text Mafia joined forces long ago in hopes to redeem the world. They were tired of the rampant sin that gripped society. They knew the strength and power that lay just beyond their reach. If only they could control those unpredictable fruits of the spirit. If only they could regulate the walk of righteousness. The Proof Text Mafia would rebuild this shameful city of God. They would enforce the long-lost ways, so the family would always prosper.

And it began innocently enough. He carried a favorite inspirational verse close to the heart for personal protection. He pulled it out when afraid. He tucked it away for the dark moments in life. But something terrible happened to that text, separated from the rest of the Living Word of God. That removed word began to grow a bit stale and sour. As life tussled those sentences away from the rest of the counsel of God, the meaning began to shift and harden in his very own pocket. Sharp edges sliced his own fingers. The word from the Lord changed and now carried only pain and correction.

And so these little texts, removed from the bosom of Christ, had morphed into deadly weapons. They could slice a victim on the spot at the utterance of a disjointed proof text from the Bible. Calling out the sin all around, he attempts to control the actions of those around with these little sayings. Power, honor, glory, and fame belong to those who could proof text to the other’s demise. An argument originating from the Most High Authority. A fight to the death. In this infamous realization, the Proof Text Mafia was born.

But they shouldn’t scare me, even when I find myself hiding from them. Because my Protector stands between me and this Proof Text Mafia. When they aim for my heart, quoting Mark 12:30, “And you shall love the Lord your God with all your heart and with all your soul and with all your mind and with all your strength,” Jesus knelt down and was mocked, beaten, and crucified, loving the Lord God above all things, in my place. When they attack me on my saddest days, hurrying along my despair, quoting Romans 8:28, “We know that for those who love God all things work together for good,” Jesus steps in as my only hope, who worked good—eternal good, ultimate good—and freely gifted it to me. When they come at me, quoting Proverbs 4:14, “Do not enter the path of the wicked, and do not walk in the way of the evil,” Jesus swallows my every evil and wicked way on his journey to the grave so that I am counted righteous with him instead.

The Proof Text Mafia may appear scary, as if they have harnessed the authority of the Almighty God. But the Word of Christ speaks louder. Long awaited promise from the Garden of life and death, Word of God made flesh in lowly Bethlehem, Sinless thoughts words and deeds. Perfect repentance and payment for the sins of the world, especially you. Jesus was raised to new life. You were crucified to sin and death and will live eternally with him. His precious Word only tells this story over and over again. The text and tale of Scripture wraps you in his promise of life, from beginning to end. If they attempt to use these words attack you, separate you, independent from the whole story of salvation, don’t be afraid. The Proof Text Mafia has no power without the death and resurrection of Jesus Christ.