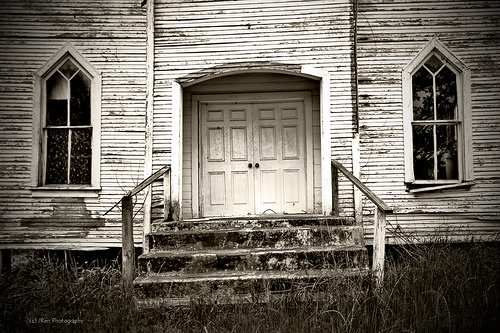 I love Jesus but…

This past Sunday there were probably many self-righteous believers sitting in tree stands saying to their wives (or husbands), “I don’t need to go church to commune with God, I commune with Him out here where the deer and the antelope play.  I love Jesus, but…”

And of course, recently, I have been reminded of Anne Rice’s anti-climactic and definitely not provocative proclamation in 2010.  She eloquently wrote on her Facebook status, “For those who care, and I understand if you don’t: today I quit being a Christian. I’m out. I remain committed to Christ as always but not to being ‘Christian’ or to being part of Christianity. It’s simply impossible for me to ‘belong’ to this quarrelsome, hostile, disputatious, and deservedly infamous group. For ten years, I’ve tried. I’ve failed. I’m an outsider. My conscience will allow nothing else.”Anne thinks she is so smart and “above it all”, but $10 says 10 pimple face teenagers within a 20 mile radius of her wrote similar sentiments on their Facebook page.

So Anne is committed to Jesus but not Christians. That’s as original as writing about vampires. There were people who said that in Jesus’ day.  They were called Pharisees.  They were interested in Jesus being the Messiah (well maybe pretending to be) but when they saw him hanging out with hostile, quarrelsome, infamous people, they rejected him.  He selected hillbillies to be his 12 vice presidents.  He enjoyed dinner with known thieves.  He kept bad company – so the Pharisees thought.  They were ok with Jesus but not the company he kept. Sorry Anne, just like your husband, when you marry Jesus you marry his whole family: the good, the bad and the ugly.

Christ makes this extraordinarily clear when He taught his quarrelsome infamous group about the end times as recorded in Matthew 25:31-40.  “Whatever you did to the least of these my brothers, you did it to me.”  You know, the whole sheep and goat thing. Don’t be a goat! Anne and those who think like her are being goats!

This text has been misused often to promote prison ministries, Live Aid, or sending quilts to Africa.   To be sure, God tells people to take care of the poor and needy throughout scripture. Love your neighbor as yourself, etc.   But this text isn’t about social welfare programs.  Jesus isn’t talking about loving your neighbor as yourself.  He says, “the least of these my brothers.”  He is talking about fellow believers – the church! When you serve them, you serve Him.

And not just the “brothers” you like!  It isn’t a dodgeball game. You can’t pick who is on your team.  In fact our Lord says, “the least of these my brothers.”  Yeah, you need to hug that old ornery dude who told you that you suck as a mother!

This is Jesus’ gang. He stands behind them.  You mess with them you mess with Him – as He told Paul on his way to Damascus. You literally cannot say ‘I’m committed to Jesus, but not Christianity.” He doesn’t let you say that. You be a goat, girlfriend.

This is Jesus after all, who only loves messed up people like a David Lynch film.  Good news is we are all messed up! We were thirsty and He gave us His life-giving water of forgiveness and promise of resurrection.  We were naked and estranged from God running away in the dark corners of the garden and He found us and clothed us with His own clothes of righteousness.  We were in prison, chained by our sins, destined to execution, and He visited us and released us.  He no longer calls us stranger, but brother and sister, son and daughter of the Almighty God.

He continues to visit us through our messed up, cantankerous, down-right goofy brothers and sisters in Christ!  Thank God.