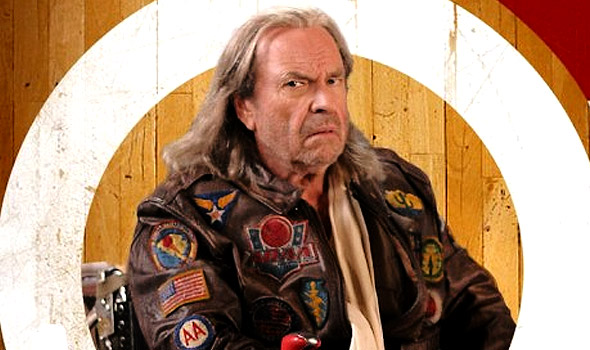 “You’re about as useful as a poopy flavored lollipop,” exclaimed Patches O’Houlihan to his useless and utterly pathetic dodgeball team. Being the awful parent that, from the outside looking in, I must seem to be to many people, my children too have often earned this moniker. Further, I feel like exclaiming this to many students and employees on almost a daily basis. It seems that our current set of values has created generations of people who are, at least on the surface, highly educated but extremely useless, and we parents are to blame.

Two terms have emerged to describe parents of the last and current decade. These terms are the “Helicopter Parent” and the “Snow Plow Parent.” The Helicopter Parent hovers around their children from birth until sometimes even after marriage trying experience along with the children everything the child experiences. A Helicopter Parent’s goal is to go alongside with their child helping them through every situation they may encounter. In turn, the children, even at the college level and beyond, never feel the need to solve a problem or accomplish a goal without the aid of their parents. The children of these parents often don’t understand when they encounter a teacher or supervisor who asks them to think for themselves, figure something out independently, or just do something because it needs to be done without being asked. A Snow Plow parent specializes in clearing all obstacles or experiences that might cause pain from the path of their children. While the Helicopter Parents seeks to help their children through every situation, the Snow Plow parent seeks to tackle these same situations for their children. The end result is that children raised by these parents often have very little experience with failure or disappointment, and you can imagine their psychological angst they encounter when they do. The parents of these children specialize in swooping in at the moment of difficulty, let down, failure, or disappointment and clearing the obstacles out of the way in order to turn failure or disappointment into success and or accommodation.

At the same time, everyone is encouraged to go to college with little or no regard given to aptitude, preparedness, emotional maturity, or intellectually capability. Thus, very few people are encouraged to actually learn how to do things well, since it seems to be everyone’s birthright to receive at the very least a Bachelor’s Degree while accumulating massive debt in order to obtain this laudable goal. Further, even if those attempting to get into, or be successful in, an undergraduate program are unprepared, too emotionally immature, or intellectually incapable, the Helicopters and Snowplows will come along and either do the necessary work with or for them or simply clear the obstacles out of the way creating a situation of false success.

Additionally, and unfortunately, these two actualities have also led to the reality that children are not taught, on the whole, even basic life skills let alone taught a useful craft. Helicopters and Snowplows most often see no need for their children to learn the mundane everyday skills of cooking, cleaning, laundry, caring for things or others, yard work, budgeting, and the like. It is simply easier or better for the Helicopters and Snowplows to do those things for them or clear them out of their way altogether, as if these chores were beneath them or never even existed. Further, because it is the right of every child to become relatively highly educated by receiving the minimum of an undergraduate degree, very few people are being taught a craft or a trade. Those things which made us a great nation, if we ever were that, are no longer being taught in favor of multitudinous BAs in communications, business management, and exercise sports science (says the guy who majored in religion and philosophy). Basic life skills are lost and intricately honed crafts and trade positions are filled by those from other countries because so few of those born in the “Greatest Country” don’t know how anything in their highly technological and mechanical world actually works.

Last year on campus we had a flood that was the result of a toilet overflowing. The overflowing toilet did so for more than a day because the people in the room did not shut off the water supply to the toilet and did not think to call someone or did not know who to call (emergency numbers are on a sticker on the back of their doors). The result was that the flood destroyed the room and put it out of commission for the remainder of the school year. When I asked the residents why they didn’t simply turn off the water supply to the toilet, they responded that they had no idea that the toilet water supply could actually be turned off. This is not a hyperbolic example as I could point out about several similar instances in less than a semester.

So what is the take away? First, let’s teach our children to be useful and to do things on their own. They should be able to do chores, fix stuff, make things, solve problems, babysit, do laundry, dress themselves, clean themselves, work hard, and be independently useful. On a side note, it should be acceptable for them to fail in the endeavors from time to time as well. Once in their life, everyone should end up with pink tighty-whities as a result of improperly sorted laundry. They are capable of being so much more than a poopy flavored lollipop if we will only allow them to be. Second, we need to realize that not everyone needs to go to college, and even if they do go to college everyone still needs to learn to be useful. Everyone should learn some basic skills like carpentry, cooking, or basic repair and many more people than are, need to be trained in the trades and learn one of the now almost lost great crafts. (I will spend more time on this in a future blog.) Third, this is not only part of the vocation that they have been called to, but, it is ours as well as their parents.  At this point it is enough to say… Please do me a personal favor and teach your children how to do laundry and shut off the water supply to the toilet before sending them to college in order to learn to be a biochemist or rocket scientist. Thank you very much.