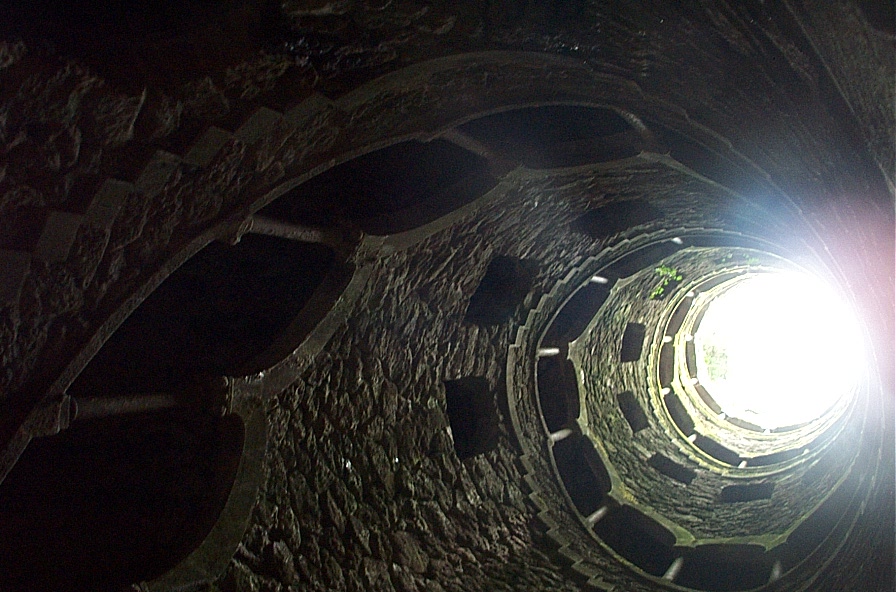 A member of my congregation recently tried to explain to me what it was like to move on with life after she had lost her husband. The image she used to help me understand was that of being stuck in a well. She described the grief and the depression as waking up every morning in that dark place.  But when she looked up she could see out of the mouth of the well the daylight above and while the daylight reflected how bleak her situation was it also gave her the desire to do whatever she could to get out of the well. So her daily struggle would begin. Some days she wasn’t that far down the well, and getting out was not only possible but could be accomplished with little effort. Other days she would wake up and find herself so far down the well that it would take a herculean effort to climb out.

It was the light that gave her the drive to begin again each and every day and struggle to fight her way up.

The light from above is the hope of something more; the hope of healing, comfort, forgiveness and resurrection. Without the light the darkness would become all consuming. Without hope the fight would be easily given up. Ours is a society that is in desperate need of hope. Hope doesn’t exactly burst from the seams in our political discourse or drip from the entertainment industry. It is vacant in the educational system and hard to find in cultural commentary.

The Cantankerous Critic has written many posts describing the unique challenges facing a generation that operates without hope. The picture he paints is quite bleak as he attempts to understand the values and beliefs of today’s college student. Those who have been taught to find their security, meaning and identity in the shifting opinions of “experts” or the endless quest of whatever makes one feel good; often find themselves alone in the darkness.

The thing is; we have a light, a light that illuminates the darkness, a light that gives hope! Just as the darkness is not made up, it is not just a figment of our imaginations, it weighs upon people; we can see it in their faces and feel it working within ourselves so there is a real and lasting light that defeats the darkness. The darkness can be overcome.

Such light changes everything. A hopeless situation becomes a battle worth fighting, imprisonment becomes a break for freedom, a dark well becomes a temporary trap.

And this light is found not is seats of power and prestige, not in eloquent wisdom or fancy rhetoric, the light of hope is found in a Word of promise. A simply and lowly Word spoken from one to another.

It can be spoken from a pastor to a congregation, from a brother to a sister, from a mother to a son, from a friend to a neighbor and even between complete strangers. Yes the light of hope can be found in some strange and bleak places; from churches to hospitals to bars. It can even be found right in the hopelessness of death itself where we hear the promise sound forth from one dying man to another, “Truly, I say to you, today you will be with me in paradise!”

Welcome to the light!