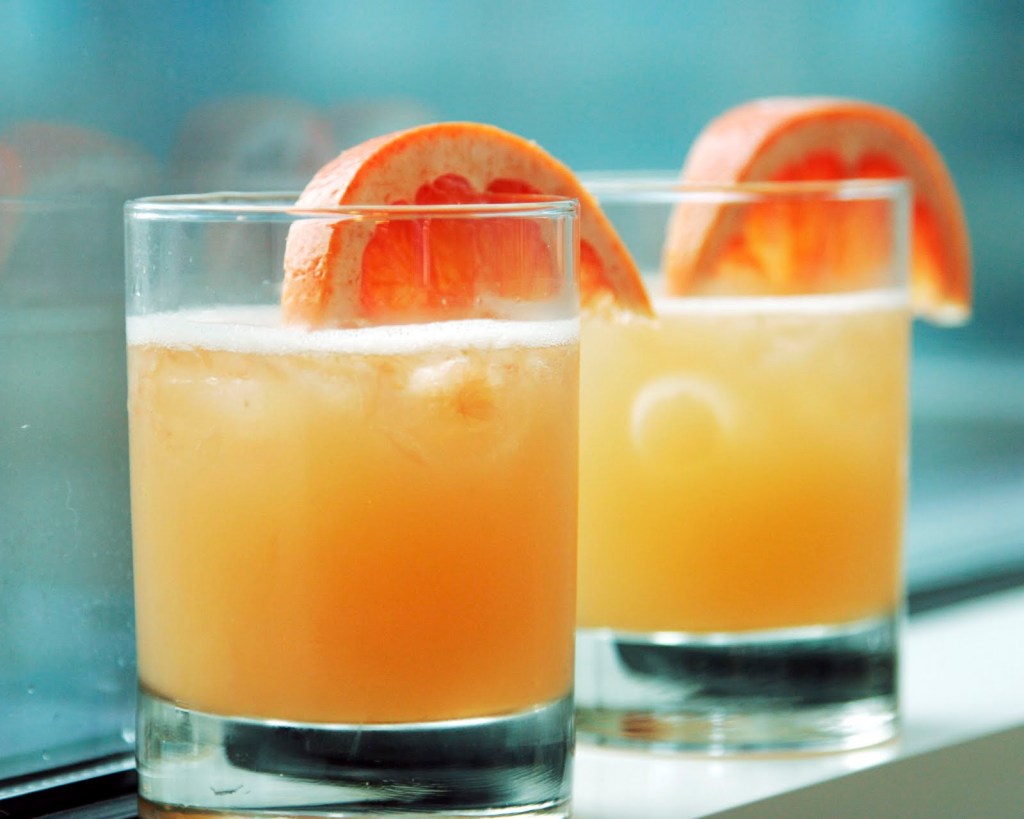 I try to be as egalitarian as possible in terms of providing drink suggestions for you here, but I do have one bias. I don’t care very much for gin (with the exception of Hendrick’s). I’ll do my best to post gin drinks every now and then, but consider this fair warning not to expect them frequently. However, if you send in recipes, I’m willing to try them and post them!

I had the privilege of marrying a wonderful young couple on New Year’s Eve last year. I then bartended for their reception afterwards. It was a blast, but what surprised me was the popularity of a drink called the Greyhound. This cocktail is probably about a century old and can be made with either vodka or gin.

Shake all the ingredients together and pour into a glass over ice. It’s a very tart drink, so I add a little sugar/honey/agave to mine to take some of the edge off (Which is also how I enjoy raw grapefruit, so no big surprise).  Some people prefer to go the other direction and salt the rim of the glass, in which case you’re enjoying a Salty Dog rather than a Greyhound (and a Salty Dog is traditionally gin rather than vodka). Either way, enjoy!