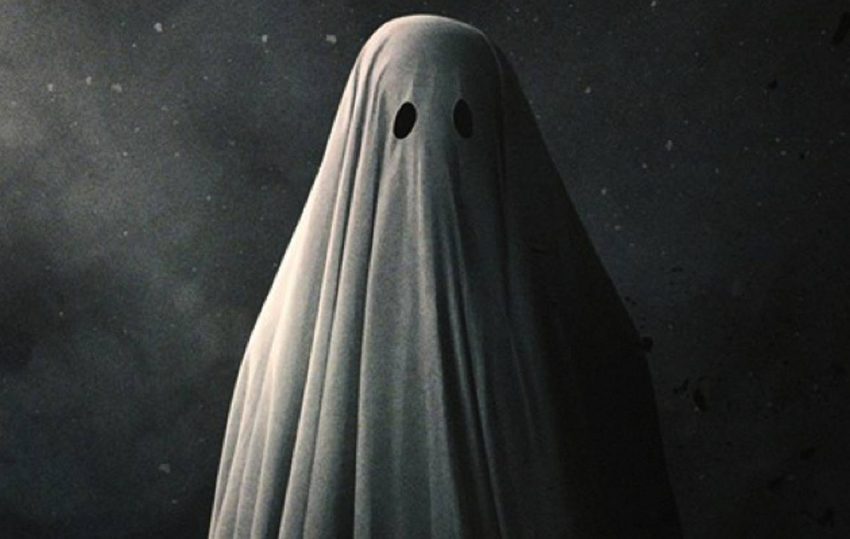 A few years ago, I did the funeral for my grandmother in a small town in eastern Oregon. My grandfather (who had died a couple years prior) and she had lived in this town for many years, and I had visited them there both as a child and then later when I was married with my own family. But what struck me about doing my grandmother’s funeral was that, with her, my last physical connection to that little town died. I could visit on vacation, as I would anywhere else. But there was no familial reason to return there again.

The connection of people to particular places throughout time is at least one theme in A Ghost Story, starring Casey Affleck and Rooney Mara. This isn’t a horror movie, if that’s what you’re looking for. It’s not trying to be scary. But I have far more questions at the end than I did at the beginning. For example, can Casey Affleck enunciate a little more clearly? Is that him in the sheet the entire time? Will Rooney Mara ever be in a happy movie? What’s on the little scrap of paper? Does it matter?

At times, it’s a film with Buddhist undertones, like trying—even after death—to be free of attachment and escape into nirvana. At other times, it reverses Hindu reincarnation and wonders what it would be like to be dead at various times in history, observing the grief of mortality and the sterile, sparkling isolation of civilization’s technological advancement.

Whereas Moonlight made me feel nihilistic, regardless of its own aims, A Ghost Story is alternately exploring and questioning the nihilism of the central monologue in the film. There’s very little dialogue, so when the guy in the overalls at the party starts talking, it brings his thought process to the fore. The question is whether the film itself believes that philosophical line of thinking, or whether it wants to push beyond the brink of despair to which the monologue takes us.

There’s a lot I like about the film. Its changing color scheme, from cool to warm to cool again, is fantastic. Much of it is beautiful. The framing and lingering shots seem to want us to reconsider whatever snap judgments we usually make when watching television and film, because most of it wants to hurry us from scene to scene. The first half of the film often sets things up to look as if they are photographic stills, holding us in one place, in one room, on one face. The curved edges of the frame remind me of photographs of my early childhood.

At one point, we see Rooney Mara begin to eat a pumpkin pie, and then the shot holds on her as she eats nearly the entire thing. It lasts minutes, not seconds (during which my wife asked what kind of pie I would choose if I were in that scene).

But that scene in particular shifts the viewer emotionally. I wanted to laugh at first as her careful slicing of the pie became simply sticking a fork into the center of it, to sitting on the floor with the whole thing. But the length of the shot becomes increasingly uncomfortable, and we see that it’s not regular hunger that caused her to eat the pie, but the sick feeling of grief which causes her to want to vomit.

The discomfort of Mara’s silent grief and her actions while Affleck watches her from behind the dark eye-holes of the hospital sheet cause us to experience, finally, the banality of grief. You might want to do something, scream something, destroy something, but things just go on and on regardless. Once Affleck’s character dies, the timeline of the story is suddenly overturned. Things jump ahead at ambiguous and random intervals, and time, death, grief, and day-to-day life are blurred together in a way that I imagine it might be, not for ghosts, but for those who remain in this world after a close loved one dies. And whatever else might be said, A Ghost Story is, at its heart, an exploration of the unanswerable human problems of time and death and the inexorable succession of moments, hours, days, years, and epochs.

That much seems clear. But I’m interested in what any of you think about this film. Is it profound or pretentious? It would be pretentious if it’s trying to give any real sense of what comes after our lives. Perhaps its profundity, if it exists, is in using the device of the traditional, sheet-covered ghost to explore time and grief. Are we meant to guess at the content of the paper? Why does it cause him to disappear, as the other ghost did earlier, when she (he?) realized that whomever she was waiting for was not returning?

If you’ve seen A Ghost Story, I’d appreciate your thoughts and comments. The conversation is often what makes films like this worthwhile, since people see different things. I imagine that, for those who’ve seen it, there are going to be widely divergent opinions. I’m interested in yours.