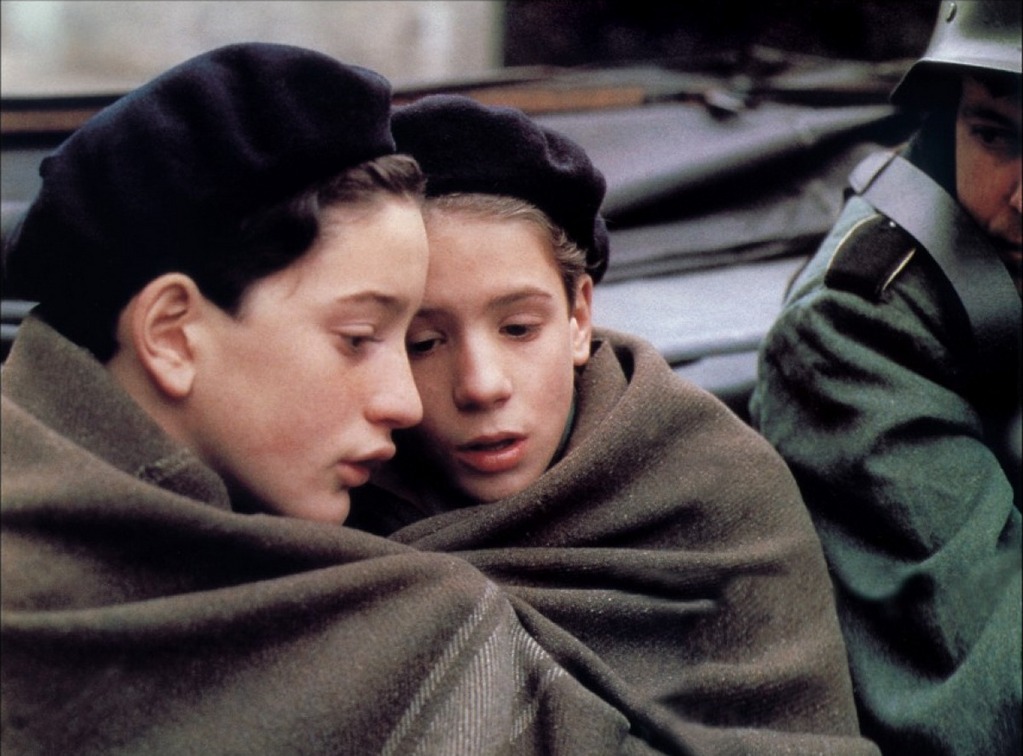 My to-watch list on Letterboxd is currently sitting at 140 films. I have a strange relationship with films I put on my watchlist. Some have been recommended, some are related to other films I’ve enjoyed, and others keep popping up in discussions of film and theology. But the longer a film sits on that list, the more nervous I get about watching it. I know that when I do, either I’m going to be disappointed because the wait built up too much optimistic expectation, or I’ll wish it hadn’t taken me so long to watch it.

Au Revoir les Enfants (1987; on Criterion Channel and HBO Max) is in the latter category. It is a subtle, master-work depiction of youth in the time of Nazism, of having prematurely to come to awareness of the reality of evil in the world. It is a document of a certain time and place, of a Roman Catholic boys’ boarding school in France, caught between occupation and anti-collaboration factions. It rings true all the more because the boys, while they are aware of the war, go through typically male fighting and bonding, including pranks, hierarchy, and the inevitable and intermittent bullying.

Because the film focuses on Julien Quentin, the story is able to develop from within Julien’s own developing understanding of how things are in the world. There is something greater than just the boyhood relationship between two classmates, sometimes good and sometimes bad. That relationship has broad implications because of the worldly powers at war, forcing the children to recognize those implications and to grow up more quickly than they otherwise might. As Flannery O’Connor put it, the story is a “small history in a universal light.”

That small history is not only shown in its universal light, it sheds a light beyond its immediate circumstances. Here are people caught in their unchosen time and place, and they make their decisions based on what is available to them. Part of the light that is shed is on Father Jean, the school’s headmaster, who decides to welcome in three Jewish children, give them French names, and protect them from being sent to concentration camps with their families, leading to his arrest and eventual execution at Mauthausen.

Based on writer/director Louis Malle’s own childhood experiences, Au Revoir gives us a glimpse of work done outside the common cliché of Christians aiding and abetting the Nazi regime. Maybe the cliché is mostly deserved within Germany (although there are a number of accounts to the contrary). Here, though, is a priest who belies the commonplaces about boarding schools, Roman Catholic priests, and the Church’s actions or lack thereof during World War II.

Clichés are destructive because the longer they are used and repeated, the more they take hold and the less they allow contrary evidence. (See the excellent book—one of the most insightful books I’ve ever read—by Anton Zijderveld on how clichés work.) While clichés are probably unavoidable in human conversation, simply because of their ease of use, when they overtake nuance and reasonable interpretation, they become destructive. Au Revoir is not a cliché; instead it is constructive and edifying truth. It feels fresh and surprising, standing apart from the multitude of World War II/Nazi/resistance movies.

In addition to that saturation, we haven’t faced the same sort of global threats that the generations around the World Wars did. Although we’ve tried to construct straw edifices of such threats, we are left to turn from the general and corporate to the specific and the individual. We seem unable to escape our individualist isolation. My story is not your story is not their stories, so we’re left with fewer and fewer small histories that might be seen in universal light. On the contrary, Au Revoir uses the individual and the specific to open windows and doors to broad and wide human existence.

My generation has not seen a world-wide war in the same sense as the generations that were alive between 1914 and 1945 (perhaps extending to the aftermath of World War II in the Cold War and the nuclear threat). And yet, the greatness of Au Revoir is, at least in part, in this: we are invited to consider, in the momentous actions of the priest and the others who hid fleeing Jews, what small and seemingly insignificant actions we might take. And we see additionally how the children, by their friendship with those who might well, at another time and in another place, be foreign and “other,” were opened up to their shared humanity—and all of this in a particularly and specifically Christian context. Au Revoir les Enfants is an incredible achievement, and I wish I had taken it off my to-watch list earlier.